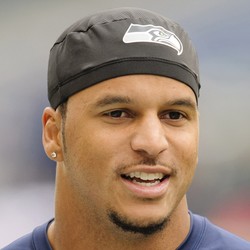 Kearse sustained a broken leg and injuries to his ankle in the Lions' preseason opener against the Patriots.

It was a gruesome injury that looks to be season-ending. Kearse signed with the Lions in the offseason after stints with the Seahawks and Jets. After a career year in 2017 (65/810/5), Kearse had a down year in 2018, but hoped to turn things around in 2019 with Detroit. More information on his health should be available in the coming days, but it's unlikely Kearse takes the field again this season.

The Lions have signed WR Jermaine Kearse to a one-year contract.

Kearse has flashed fantasy relevance in the past, but he's not someone to consider for fantasy purposes at this point as it's not clear what his role will be in Detroit, and his roster spot isn't guaranteed given the timing of the signing.

Jermaine Kearse has been ruled out Week 17 due to an Achilles injury.

Kearse will miss the finale, and he's likely done in New York, especially after the team inked Quincy Enunwa to a four-year extension this week. Kearse will hit free agency after totaling 371 yards and a TD over 14 games this season.

Jermaine Kearse caught all four of his targets for 55 yards in the Jets' Week 16 loss to the Packers.

Kearse should have been off the fantasy radar by now, and his recent performances have not been usable for fantasy purposes. Leave Kearse alone for Week 17 if your league is still playing.

Jermaine Kearse caught two of his five targets for nine yards in the Jets' Week 15 loss to the Texans.

Kearse, despite trailing only Robby Anderson in targets, was a complete dud in Week 15. His usage and performances of late have been largely disappointing, and he is not a usable fantasy asset at this point.

Deposit $10 at a DFS partner site you have NOT played at and get a FREE 6 Month HOF Subscription!
Claim Offer
Most Accurate Experts
for Jermaine Kearse
Consensus Rankings
View All Rankings
Do Not Sell
Are you looking to contact Customer Support about a subscription or account related question?
Yes
No, I'm a California resident looking for the California Consumer Privacy Act form