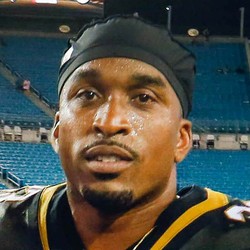 Saftey Jeron Johnson agreed to a two-year deal with Washington worth $3.5 million.

Johnson figures to be a starting safety for Washington after spending the first four seasons of his career backing up Kam Chancellor. While Johnson probably isn't going to be worthy of IDP value, this move adds another layer of uncertainty to Seattle's secondary, as there are precious few healthy defensive backs left for the Seahawks.

Ex-Seahawks safety Jeron Johnson tweeted on Monday that he has signed with the Redskins. The deal is a two-year, $4 million contract.

Johnson joined the Seahawks as undrafted free agent in 2011. He hasn't played much on defense and spent most of his time on special teams, but should get more time in the secondary in Washington. Johnson was Seattle's leading tackler on kick coverage last season.