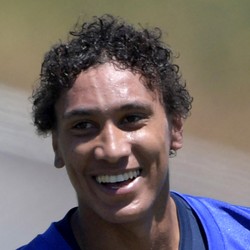 Rams WR Josh Reynolds has cemented himself as a starting WR for the Rams due to his ability as a dynamic deep-ball threat.

The fourth-year WR out of Texas A&M has really proved himself to Rams head coach Sean McVay in his three seasons in Los Angeles, so much so that the Rams were willing to part ways with WR Brandin Cooks just last month. “We would not have made the move on Brandin Cooks had it not been for the confidence we have in Josh Reynolds,” McVay said. After posting just 21 catches for 326 yards and one TD in 2019, Reynolds is poised to make more noise in 2020 as a full-time starter next to Cooper Kupp and Robert Woods. In fact, there were times last season down the stretch that Reynolds played ahead of Kupp when the Rams went with 12 personnel as their base offense. He’s currently ranked #86 in FantasyPros consensus WR rankings, but could be an interesting sleeper candidate this season.

“We just feel he’s a capable starting receiver,” McVay told reporters. With Cooks now in Houston, a third WR slot has opened up, and it seems like Reynolds may be the guy that ends up filling that void. The Rams offense under McVay has been an aerial attack since his arrival, as evidenced from QB Jared Goff’s 626 pass attempts last season. This offense is more than capable of supporting three fantasy relevant WRs (Cooper Kupp, Robert Woods, and Reynolds potentially) as well as TEs Tyler Higbee and Gerald Everett. While he may be the fourth option in the passing game, he’s still likely to see a large share of snaps this upcoming season, and makes for an interesting sleeper pick in the late rounds of fantasy drafts. He’s currently 88 in the FantasyPros consensus rankings, but one expert has him ranked 55, good for a WR5.

Josh Reynolds caught three passes for 55 yards in the Rams' 17-7 win over the Bears on Sunday Night Football.

Reynolds could've had a big fantasy day but had a 51-yard TD called back by a penalty. He saw more playing time with Robert Woods being a surprise inactive but we tentatively expect Woods to be back for Week 12.

Josh Reynolds hauled in three receptions for 49 yards in the Rams' 17-12 Week 10 loss to the Steelers.

Reynolds saw five targets and now has 13 over his last two games. It's promising usage with Brandin Cooks (concussion) sidelined. Consider him a WR4 in a tough matchup with the Bears next Sunday night.

Josh Reynolds caught three passes for 73 yards and a TD as the Rams beat the Bengals 24-10 in Week 8.

Reynolds got some extended run today once Brandin Cooks was ruled out for the game. LA has a bye in Week 9 so Reynolds isn't a priority waiver wire add just yet. He would be, however, if Cooks is forced to miss any time.

Brendan Tuma - Too Much Tuma37 weeks ago
Who Should I Draft?
Most Accurate Experts
for Wide Receivers
Do Not Sell
Are you looking to contact Customer Support about a subscription or account related question?
Yes
No, I'm a California resident looking for the California Consumer Privacy Act form