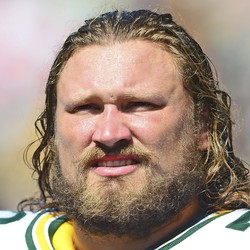 According to NFL.com, the Dolphins are losing offensive guard Josh Sitton for the season due to a torn rotator cuff.

This is a massive blow to the Dolphins offensive line that was already short on talent. They had signed Sitton this offseason to help bolster the interior of the line, but will now have to fall back on 2010 sixth-round pick Ted Larsen who graded out as PFF's No. 122 guard of the 144 who were graded. This is a downgrade for both the passing-game and run-game, though it will likely lead to a few more dump-off passes to Kenyan Drake and Danny Amendola.

Mike Tagliere1 year ago
Josh Sitton signs with the Dolphins

NFL Network's Ian Rapoport is reporting that the Miami Dolphins have signed offensive guard Josh Sitton to a two-year deal.

After the Bears surprisingly released Sitton a few weeks back, he was expected to have a solid market for his services. We didn't hear about many visits with him, but he provides immediate relief on the Dolphins offensive line that was among the worst in football last year. This comes shortly after the news that center Mike Pouncey asked for his release from the team. This is not the end of the Dolphins offensive line rebuilding process, but it's a start.

Josh Sitton missed practice on Wednesday while recovering from an ankle injury.

Josh Sitton missing practice on a short week is definitely not a good sign and should make things a little more difficult for Brian Hoyer and Jordan Howard if he doesn't start. Green Bay's strength is in their defense right now and they will definitely show up to play with Aaron Rodgers struggling.