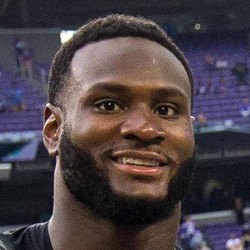 Murray only managed 25 total yards on six touches against a stout Vikings front seven. Much like the Saints offensive showing as a whole, Murray was a disappointment on Wild Card Weekend, especially if you snuck him in your DFS lineup hoping for a revenge game score. Assuming the Saints stand pat with their backfield in 2020, Murray will likely be a late-single-digit round draft day target in most fantasy formats.

Saints RB Latavius Murray rushed the ball 17 times for 61 yards and caught his lone target for a 14-yard gain in Sunday's Week 17 win over the Panthers.

Murray led the Saints with his 75 total yards. He also out-touched Alvin Kamara 18-to-0. While Kamara may once again lead Saints backs in touches in the postseason, it would not surprise me if Murray was still heavily involved either.

Saints RB Latavius Murray rushed seven times for 14 yards and caught 2-of-3 targets for 11 yards in Sunday's Week 16 win over the Titans.

While Alvin Kamara looked like himself for the first time since Week 3, Murray could not get going. With a great matchup at the Panthers in Week 17, both Kamara and Murray could return double-digit fantasy points in PPR.

Saints RB Latavius Murray rushed nine times for 29 yards and caught 2-of-3 targets for 20 yards in Monday night's Week 15 win over the Colts.

Much like Alvin Kamara, Murray could not get going in Monday night's win. While he is getting consistent touches, it isn't enough for Murray to get going to go off as he did when Kamara was out earlier in the year and if there RB2 doesn't score, he isn't returning value. Murray will look to get into the end zone in a solid Week 16 matchup with the Titans.

Saints RB Latavius Murray carried the ball seven times for 69 yards and caught 2-of-3 targets for 25 yards in Sunday's Week 14 loss to the 49ers.

Murray's 94 total yards were his most since Week 8. He also out-produced Alvin Kamara 94-to-43 in the loss. Murray will look to keep it going in Week 15 against the Colts.

Deposit $10 at a DFS partner site you have NOT played at and get a FREE 6 Month HOF Subscription!
Claim Offer
Most Accurate Experts
for Latavius Murray
Consensus Rankings
View all Flex Rankings