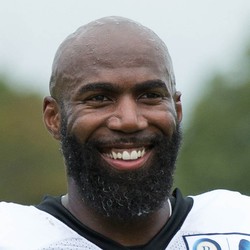 Malcolm Jenkins racked up eight total tackles (six solo) and a forced fumble during Sunday’s loss to the Vikings.

Jenkins is currently tied for third on the team in total tackles (26) through Week 6. He can be kept on waivers in most leagues.

Jenkins now has six total tackles and a forced fumble through two games this season. He is worth an add if available in most IDP leagues. In 2018 Jenkins finished with 97 total tackles, one sack, and one interception.

Jenkins is the 40th-ranked DB to this point in the fantasy season. He's a low-end DB3.

Jenkins, the 44th-ranked DB to this point, should have plenty of opportunities in the Eagles' defense to rack up tackles but hasn't kept pace with others at his position this season.

Malcolm Jenkins signed a new 5-year contract extension with the Philadelphia Eagles on Monday. Terms of the deal have not yet been released, but it will likely save Philadelphia money against 2016's salary cap and keep Jenkins locked up until 2020.

Malcolm Jenkins had a Pro Bowl season in 2016 and is well worth the new deal.Jenkins finished last season with 109 tackes,10 passes defended, two interceptions, three forced fumbles and a touchdown. Philadelphia has a lot of holes to fill this offseason and extending Jenkins will assure the Eagles a top talent at the safety position for the next six years.