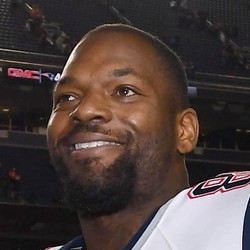 In a short period following Michael Bennett's trade to the Eagles, the Patriots have released his brother, Martellus. I'm a bit surprised by Bennett's release. Not only is Rob Gronkowski's future in New England uncertain -- while he has toyed with the idea of retirement, I fully believe he'll return at least for 2018 -- the elite tight end is an injury risk. And while Bennett is coming off multiple injuries, he was the next best tight end on the Patriots roster in terms of reliability. Let's face it, Dwayne Allen's acquisition last offseason was a bust to say the least. As a result of moving on from Bennett, the Patriots are in the tight end market this offseason. With the Seahawks expected to move on from Jimmy Graham, it wouldn't surprise me if he landed in New England. But if they don't land Graham, expect them to pursue players like Trey Burton in free agency or even Eric Ebron via trade.

Although Bennett announced that he would retire this offseason back in October of 2017, he was still a member of the Green Bay Packers. However, since that remark, Bennett was waived by the Packers, claimed by New England, then was placed on the injured reserve list with shoulder and hamstring injuries. Now that Bennett intends to return this season, the Patriots have a "decision to make," as Rapoport eluded to. The soon-to-be 31-year-old tight end is due to a $2 million roster bonus on March 14 with a $6.2 million salary cap hit in 2018, which isn't a bad insurance policy rate considering the uncertainty of Rob Gronkowski's playing future -- and even if Gronkowski returns, he's still an injury risk. It would make sense for both sides if Bennett stays put.

Bennett's 2017 season is over. Dealing with a shoulder injury, he'll end a disappointing campaign with a 30-286-0 while sharing time in between Green Bay and New England. Dwayne Allen will resume his role as Rob Gronkowski's primary backup.

Martellus Bennett is out for New England's Week 12 matchup with the Miami Dolphins due to shoulder and hamstring injuries, according to multiple reports.

With Rob Gronkowski healthy and starting for the Patriots, Bennett was going to be playing second fiddle anyway. While returning to the Patriots has seemingly rejuvenated him, his fantasy value is limited due to his role. With Bennett out, Dwayne Allen will serve as Gronkowski's backup.

Martellus Bennett hauled in all three of his targets for 15 yards in the Patriots' Week 11 win over the Raiders.

Bennett is looking healthy on the field despite having shoulder and hamstring issues. But Bennett's fantasy production figures to be sporadic as long as star tight end Rob Gronkowski remains healthy. If there is an injury to Gronk then Bennett would be a must add in most fantasy leagues.

John Aubin3 years ago
Most Accurate Experts
for Tight Ends
Do Not Sell
Are you looking to contact Customer Support about a subscription or account related question?
Yes
No, I'm a California resident looking for the California Consumer Privacy Act form