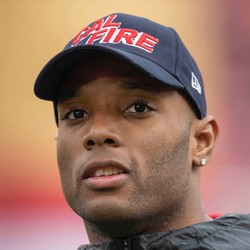 The 49ers traded Matt Breida to the Dolphins in exchange for a fifth-round draft pick.

Breida will compete with recently acquired Jordan Howard for the primary running back job in Miami. He logged 123 carries for 623 yards and one touchdown across 13 games for the 49ers this past season. With the plethora of running backs San Francisco had, only made sense for the 49ers to move on from Breida. The 25-year-old landed in a better spot to secure more carries and is a borderline RB4 in all league-formats.

San Francisco running back Matt Breida has signed his one-year tender worth roughly $3.3M to return to the 49er's.

Breida will return to the crowded 49er's backfield in 2020 after it was recently reported that he wasn't a lock to make the final roster. He will split carries with Raheem Mostert and Tevin Coleman again, while the 49er's also expect Jerrick McKinnon to make his debut after consecutive preseason injuries shut him down. Our expert consensus has Breida ranked as the 48th running back in the league and third on San Francisco's roster, behind Mostert and Coleman. He'll probably have a few games where he will be valuable, but given the deep roster he will be tough to rely on weekly.

Dave Kluge7 weeks ago
Matt Breida not a lock to make final roster?

Breida, who was a restricted free agent this off-season, received a second-round tender from San Francisco. However, none of his salary is guaranteed. The 49ers also have Tevin Coleman, Raheem Mostert, and Jerick McKinnnon on the rister. Breida might need an injury to survive training camp cuts this summer.

Breida fumbled twice in this one and lost one to the opposing defense. Raheem Mostert has taken control of this backfield and is the only 49er running back worth starting in Week 16.

Matt Breida rushed six times for 54 yards and caught one pass for a gain of four in the 49ers' wild Week 14 win over the Saints.

Breida looked explosive on a 28-yard run early in the game but he worked behind Raheem Mostert in this one. He'll be a low-end FLEX option in Week 15 against the Falcons.

Brendan Tuma - Too Much Tuma25 weeks ago

Deposit $10 at a DFS partner site you have NOT played at and get a FREE 6 Month HOF Subscription!
Claim Offer
Who Should I Draft?
Most Accurate Experts
for Matt Breida
Consensus Rankings
View All Rankings
Do Not Sell
Are you looking to contact Customer Support about a subscription or account related question?
Yes
No, I'm a California resident looking for the California Consumer Privacy Act form