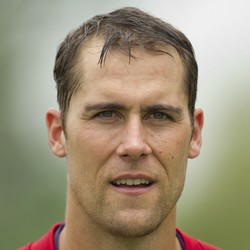 Matt Cassel worked out for the Indianapolis Colts this week, Ian Rapoport reports.

The workout comes in the wake of Andrew Luck's sudden retirement Saturday night. The Colts also worked out Brandon Weeden and Brock Osweiler. If any of these players sign, they will back up Jacoby Brissett and carry almost no value, even in deep or 2QB leagues.

Matt Cassel came in during the fourth quarter of the Lions 27-9 loss to the Vikings. He completed 5-of-11 passes for 45 yards and ran for 14 yards.

Cassel took over in garbage time with the Lions trailing late in the game. With Matthew Stafford struggling and not 100 percent, it wouldn't be a shock if Cassel started next week against the Packers to finish the season.

With the release of Jake Rudock, Matt Cassel will be the backup QB for Matthew Stafford in Detroit.

Stafford has started all 16 games for seven straight seasons in Detroit, so Cassel basically just won the job to hold a clipboard with a front row seat for Lions' games this season. Cassel could be an adequate fill-in for the Lions if needed but is not worth a roster spot in fantasy.

Soon to be 36-year-old veteran signal caller Matt Cassel has agreed to join the Detroit Lions and will compete with 2016 sixth-rounder Jake Rudock for backup duties behind Matthew Stafford. The Lions will be the sixth team that Cassel has suited up for as he enters his 14th NFL season.

Stafford hasn't missed a start since 2010, so even if Cassel enters the season as the direct backup, he's unlikely to do anything more than hold the clipboard and act as a veteran presence in Detroit. Cassel has thrown for over 17,000 yards and 104 touchdowns since being selected by the Patriots in the seventh round of the 2005 NFL Draft but has no fantasy value behind Stafford.

Matt Cassel got the call to start in Miami since Marcus Mariota was out with a hamstring injury. The offense sputtered with only two scoring drives in the game. Two controversial penalties changed the outlook of the game significantly in the first quarter. The first penalty was an offensive pass interference call that took away a long Delanie Walker touchdown. Two plays later a hit on Matt Cassel as he was throwing caused a fumble returned for a touchdown by the Dolphins. It appeared his arm was moving forward before the ball came loose on replay, but the call on the field was upheld. Cassel and the offense never fully recovered. Its been reported Marcus Mariota may miss multiple weeks die to injury, but Matt Cassel doesn't offer any fantasy value.