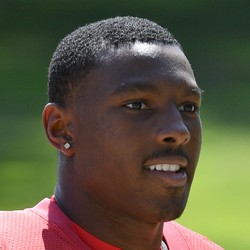 Chiefs special teams coordinator Dave Toub doesn’t know how often WR Mecole Hardman will be returning kicks this upcoming season, which leads to speculation that he could be more heavily involved in the offensive game-plan.

Hardman was drafted by Kansas City to help in the return game, both on kickoffs and punts. In his rookie season, he returned 27 kickoffs and 18 punts for a total of 871 yards. On offense, Hardman had 26 receptions for 538 and six touchdowns. That is one touchdown for every 4.3 receptions, a very impressive measure for the youngster. Although Toub believes Hardman “has just scratched the surface as a returner,” it’s inevitable that he’ll be more involved in the offense as a pure wide receiver after an impressive rookie season. He’s currently ranked #54 in FantasyPros expert consensus rankings, making him a WR5 in fantasy leagues. At his current price tag, Hardman makes for an intriguing sleeper candidate as he could easily surpass his current ranking playing with the best quarterback in the NFL.

Mecole Hardman brought in his only target for eight yards in the Chiefs' 35-24 win over the Titans Sunday.

Hardman did not see much action outside of the return game Sunday. He enters next season as an intriguing upside option.

Mecole Hardman had two receptions for 19 yards on four targets in the Chiefs' 51-31 win over the Texans Sunday night. He also recorded a 58-yard kick return that sparked a Kansas City rally.

Hardman was the primary returner Sunday and also saw four targets. His stock is trending up for next season with the potential departure of Sammy Watkins.

Mecole Hardman caught his lone target for 30 yards in the Chiefs' 31-21 win over the Chargers Sunday. He also had a 104-yard touchdown on a kick return.

Hardman flashed on limited opportunities this season and will be worth drafting next season with a potentially expanded role.

Mecole Hardman was not targeted in the Chiefs' 26-3 win over the Bears Sunday night.

Hardman continues to return kicks for Kansas City while seeing a low volume of targets. He is an intriguing prospect for next season with Sammy Watkins likely not returning to the Chiefs.