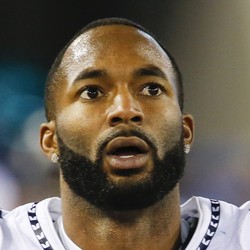 Paul Richardson (hamstring) was placed on the injured reserve Saturday.

Richardson re-aggravated a hamstring injury Week 11 and has been unable to suit up since. He has only played 17 of 32 games since joining the Redskins two years ago. Richardson will finish 2019 with 28 catches for 245 yards and two touchdowns on 42 targets.

Washington wide receiver Paul Richardson remained limited in practice on Thursday due to a hamstring injury.

Richardson has played in just one game since before the team's Week 10 bye week, though his limited practice sessions mean he is at least trending in the right direction. He should be considered very questionable for this weekend's matchup against the Philadelphia Eagles and could be a game-time decision.

Washington wide receiver Paul Richardson has been ruled out for Week 14 with a hamstring injury.

Richardson will miss yet another contest, and allow rookie Kelvin Harmon to make another start as Washington's number two receiver. Harmon is worth a look in ocean deep season long formats. He is also worth consideration as a multi entry DFS dart throw.

Washington wide receiver Paul Richardson has been ruled out for Week 13 against the Carolina Panthers.

Richardson being ruled out means Kelvin Harmon will get another start for Washington. Dubbed 'Baby Julio' by his teammates, Harmon is a talented rookie who could flourish once Dwayne Haskins gains more confidence under center. Consider him a deep league flex3 option for those who may be dealing with injuries at the position.

Washington wide receiver Paul Richardson has been ruled out for the team's Week 11 contest against the New York Jets.

With Richardson inactive, star rookie receiver Terry McLaurin could finally see his breakout game with Dwayne Haskins under center. Fellow rookie Kelvin Harmon should see more snaps and could be a solid speculative add in deeper leagues. Derrius Guice is also due back today and should see a steady stream of targets when he is on the field. While Richardson has not been fantasy relevant outside of the deepest of leagues, his absence boosts the upsides of his skill position teammates.

Deposit $10 at a DFS partner site you have NOT played at and get a FREE 6 Month HOF Subscription!
Claim Offer
Most Accurate Experts
for Paul Richardson Jr.
Consensus Rankings
View All Rankings