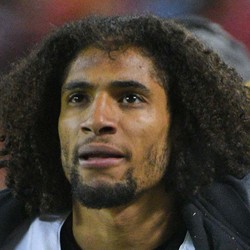 Ross Cockrell racked up 10 solo tackles in Sunday’s 38-6 loss to the Colts.

Cockrell has 56 tackles and two interceptions through Week 16 of the 2019 season. He should be left on waivers in most leagues.

Ian Rapoport has confirmed the report that Carolina Panther Ross Cockrell has broken his leg and is now officially out for the season.

His IDP owners will need to look for those other options. In-house rookie Donte Jackson should be a good place to start if needing a designated cornerback.

Panther newly signed Ross Cockrell went down after colliding with wide receiver Torrey Smith during a drill. Joseph Person of the Charlotte Observer reports that Cockrell was screaming “my leg is broke,” as well as other witnesses calling the injury gruesome. The practice has been called off for the rest of the day. Ron Rivera didn’t offer any update on Ross Cockrell instead injury deferring to trainers.

By all accounts, Cockrell may have been on IDP owners radars for leagues needing to insert cornerbacks into the lineups. It certainly sounds as if owners will need to look at other options at this point. With this news, it is possible that rookies Donte Jackson and Rashaan Gaulden, who both had already been running with the first team, may have just found their opportunities increase even more in 2018. With Cockrell going down a veteran signing can be expected in the coming days. Jackson is the likely candidate and now an even better option for leagues needing that cornerback for their lineups. If he is that corner across from above average James Bradberry he'll likely be targeted often his rookie season. This may also pull Bashaud Breeland back onto Carolina's radar as a depth signing.