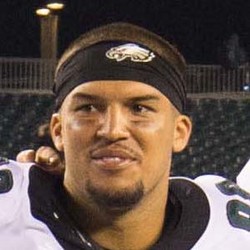 Per his agent, Former Bears TE Trey Burton has agreed to a one-year deal with the Indianapolis Colts.

Burton will reunite with Colts Head Coach Frank Reich for whom he played for back in Philadelphia. Reich was the offensive coordinator in 2017-2018 when the Eagles won the Super Bowl and Burton was a part of the famous “Philly Special” scoring play. Burton joins TE Jack Doyle in Indianapolis, but probably doesn’t hold much fantasy value, even with his familiarity in Reich’s offensive scheme. After Eric Ebron left for Pittsburgh last month, Doyle was being considered a fringe top-15 TE, but that ranking might come down a notch and be more like top-20 with the addition of Burton. At this point, unless Doyle goes down with an injury, Burton doesn’t hold much fantasy value.

The Bears still owe Burton $4 million, as he was released after the second season of his four-year, $32 million deal signed back in 2017. Burton had sports hernia surgery this past off-season, and continues to work his way back to full strength. He recorded 14 receptions for 84 yards across eight games in 2019. The Bears recently signed Jimmy Graham, making Burton expendable. The 28-year-old will look to latch onto another team.

Trey Burton (calf) has been placed on the injured reserve Saturday, officially ending his season.

Burton was ruled out for Saturday's game against the Rams, but was eventually placed on the injured reserve. He will finish 2019 with 14 catches for 84 yards and no touchdowns. Ben Braunecker will replace Burton as the Bears lead tight end. Braunecker can be left on the waiver wire as the Bears have received little to no production from the position all season.

Trey Burton failed to bring in his only target in the Bears’ 20-13 win over the Lions on Sunday.

Burton was held out of the box score for the second week in a row, as fellow tight end Ben Braunecker brought in an 18-yard touchdown on the afternoon. Burton is highly irrelevant, even given the dearth of available options at his position.

Trey Burton failed to bring in his lone reception in the Bears’ 22-14 loss to the Eagles on Sunday.

Nothing to see here, folks – literally. Burton only appeared in the stat sheet thanks to receiving one target. He’s nowhere near the fantasy radar.

Deposit $10 at a DFS partner site you have NOT played at and get a FREE 6 Month HOF Subscription!
Claim Offer
Who Should I Draft?
Most Accurate Experts
for Trey Burton
Consensus Rankings
View All Rankings
Do Not Sell
Are you looking to contact Customer Support about a subscription or account related question?
Yes
No, I'm a California resident looking for the California Consumer Privacy Act form