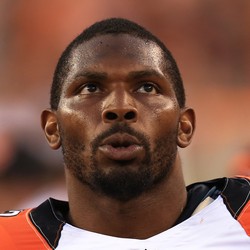 Cincinnati Bengals linebacker Vincent Rey had a productive game against the Steelers in Week 7. Rey finished tied for the team lead with eight total tackles, four solo and four assists. The Steelers went on to beat Cincinnati 29-14.

Rey has been reasonably productive for the Bengals, logging 38 total tackles, although he's still looking for his first turnover. He will take on the Indianapolis Colts in Week 8.

Cincinnati linebacker Vincent Rey had a productive Week 1 against the Ravens. Rey led the Bengals with 11 combined tackles (six solo) as his team lost to Baltimore 20-0.

Following the big game, Rey's name pops up on the IDP radar. He is most likely available on the waiver wire in your IDP league and is worth a claim if you have room on your roster. He will take on the Houston Texans at home in Week 2.

Vincent Rey recorded 15 tackles against the Chiefs on Sunday. Rey has had a good start to the season, leading the Bengals in tackles with 36 and adding one game winning interception against the Chargers in Week 2.

Until Burfict comes back, Vinny Rey should be a starter in almost all IDP leagues. Look for the Duke product to continue his tackling dominance as the weak side linebacker for the Bengals.

Ryan Sura5 years ago
Most Accurate Experts
for Linebackers
Do Not Sell
Are you looking to contact Customer Support about a subscription or account related question?
Yes
No, I'm a California resident looking for the California Consumer Privacy Act form