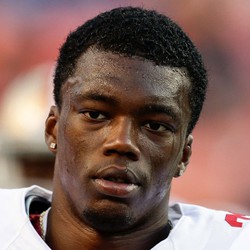 Mississippi St. CB Will Redmond was selected by the San Francisco 49ers with the 68th overall pick.

Redmond has intriguing man coverage ability and is very quick on his feet, but he's inexperienced and is coming off an ACL tear. He has a chance at developing into a competent NFL starter, but can just as easily be a total bust for the 49ers.

Will Redmond will enter the 2016 NFL Draft with much potential, but there will be questions surrounding his recovery from the ACL injury that ended his college career.

Despite the injury and the questions surrounding his 2016 season, Redmond is still projected to go by the early-to-mid rounds of the upcoming draft. He's shown the physical ability to thrive in the NFL. If he's able to full recovery from his significant injury he could be a steal for a the team that selects him.