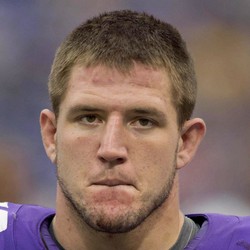 Zach Line has announced his retirement from football.

The 29-year-old will step away after seven seasons in the league with the Vikings and Saints. One of the few fullbacks remaining in the league, it will be interesting to see how the Saints replace Line in their offense, assuming they continue with a fullback.

Line, who didn't have a single touch before Monday night, was used in the Vikings' run game as a complement to lead backs Matt Asiata and Jerrick McKinnon. It looked like the offensive coaching staff added some wrinkles to their playbook Monday night, so more touches for Line could be on the way, but any fantasy value he might have will likely be touchdown dependent and, as such, he should be left on the waiver wire.

Aaron Martinuzzi4 years ago
Most Accurate Experts
for Running Backs
Do Not Sell
Are you looking to contact Customer Support about a subscription or account related question?
Yes
No, I'm a California resident looking for the California Consumer Privacy Act form