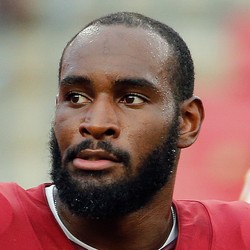 His week 1 in 2019 summed up the type of production you can expect from guys like him perfectly. 17 targets, 14 receptions, for 99 yards. A solid 90th in YPC. His target competition will be greater than Demaryius Thomas being 4th on the team in targets this year. Mims, Perriman, and Herndon will all be bigger threats to Crowder than anything he had last year. Even if we think he still reaches 100 targets, it took 122 to barely be flex worthy in 2019. Lets look at some things he's bad at: 84th in YPR and Yards per Target, 50th in catch rate, 91st in AVG target distance, 72nd in target separation, 54th in drop rate, 70th in fantasy points per target.

Did you know Crowder finished as the No. 31 wide receiver in half-PPR formats last year? The Jets moved on from Robby Anderson and brought in Breshad Perriman, who's now with his fourth team in as many years, and drafted rookie Denzel Mims in the second round. While you can assume those players walk in and see targets, it's Crowder who'll likely be Darnold's go-to guy. He may not be a sexy pick, but he'll get the job done for a cheap WR4.

Deposit $10 at a DFS partner site you have NOT played at and get a FREE 6 Month HOF Subscription!
Claim Offer
Who Should I Draft?
Most Accurate Experts
for Jamison Crowder
Consensus Rankings
View All Rankings
Do Not Sell
Are you looking to contact Customer Support about a subscription or account related question?
Yes
No, I'm a California resident looking for the California Consumer Privacy Act form