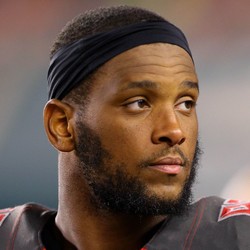 One of the more talented tight ends in the league, but also someone who is going to play second fiddle to Rob Gronkowski. The Bucs have said they'll be running a lot more 2TE sets, but it remains to be seen. With the other receiving options they have ahead of Howard, it's tough to see a path to consistent production. If Gronkowski were to miss time, Howard would jump into the TE1 conversation.

Howard's now playing second-fiddle to Gronkowski in Tampa Bay, but they both should still be on the field quite a bit. Howard's unlikely to be anything more than a streaming candidate in potential shootouts at the tight end position though with the limited opportunity.

There are few players who have seen such a disconnect between their perceived talent and their fantasy value as Howard. Bruce Arians' system has never been friendly to tight ends, and even if it were, Howard now has to contend with Rob Gronkowski and not just Cameron Brate at the position. Howard has the skill to be an impact tight end, but absent an injury to Gronkowski, there's just no path for him this year. Hold onto him in dynasty formats, but ignore him for redraft purposes.

Lukas Kacer - The Fantasy Stock Exchange13 weeks ago
Who Should I Draft?
Most Accurate Experts
for O.J. Howard
Do Not Sell
Are you looking to contact Customer Support about a subscription or account related question?
Yes
No, I'm a California resident looking for the California Consumer Privacy Act form