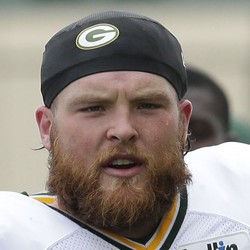 On the Packers second drive of the game, while trailing the Falcons 10-0, Aaron Ripkowski rushed through the line nearing the goal line only to fumble and turn the ball back over to the Falcons. Ripkowski finished the game with three carries for 11 yards and two receptions for 28 yards to go along with a two-point conversion run in the Packers 44-21 loss in the NFC Championship game.

Ripkowski's fumble could not have come at a worse time for the Packers as they were trying to keep up with the high-flying Falcons offense. Ripkowski was pushed into a larger role this season with a depleted backfield but will likely return to his role as a blocking fullback next season. He will not be worth fantasy consideration in drafts.