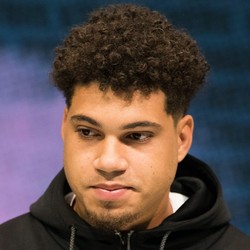 He might be the most disappointing player on film. All of the tools are there. After watching him in 2018, I expected big things out of him in 2019, including him contending for the No. 1 tight end on the draft board. Instead, what I saw was a player who lacked any sort of effort. He just didn't appear to be engaged in the game, which is a real problem at a position that requires you to be gritty.