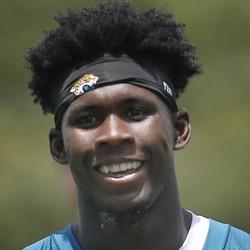 Allen Hurns will miss Week 17's contest, but it is hard to upgrade any of the Dolphins pass catchers due to a tough matchup against the New England Patriots. DeVante Parker, Albert Wilson, and Mike Gesicki should see a boost in targets with Hurns out of the lineup.

Deposit $10 at a DFS partner site you have NOT played at and get a FREE 6 Month HOF Subscription!
Claim Offer
Most Accurate Experts
for Allen Hurns
Consensus Rankings
View All Rankings