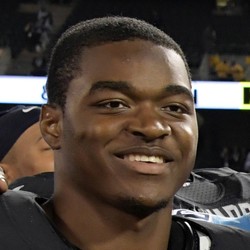 Amari Cooper and the Cowboys expect to finalize a five-year, $100 million dollar deal, per Adam Schefter of ESPN.

Dallas franchise tagged Dak Prescott earlier today, and expect to re-sign Cooper to a five-year deal. He set career highs in receiving yards (1,189) and touchdowns (eight) for the Cowboys in 2019. It was reported that the Redskins did try to pursue Cooper in hopes of prying him away from Dallas. The Cowboys acted quickly and signed their star receiver for another five years. Cooper is currently ninth among all wide receivers in the expert consensus rankings.

Deposit $10 at a DFS partner site you have NOT played at and get a FREE 6 Month HOF Subscription!
Claim Offer
Who Should I Start?
Most Accurate Experts
for Amari Cooper
Consensus Rankings
View All Rankings