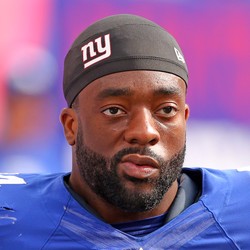 Williams was thrust into fantasy relevance early in his career due to injuries on the Giants depth chart but wasn't able to hold his spot. Coming off a dreadful preseason (33 carries, 51 yards, 0 touchdowns) the arrow could not be pointing more downward for the former 3rd-round pick. With only two running backs on the roster (Melvin Gordon, Branden Oliver) the Chargers will look outside of the organization for their 3rd RB. Returning from a major knee injury, Oliver is shaping up as an interesting late-round stash in deeper formats.