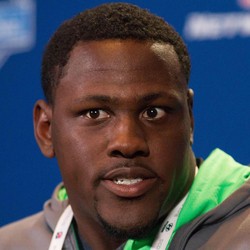 Andrew Billings expected to be under the microscope Thursday

Billings, a run stuffer, is a starter who could be given extra playing time, according to the article. The defensive tackle missed his 2016 rookie season with a knee injury and lingering injury concerns led to sub-par play in 2017. Billings is an extremely late IDP flier in deeper leagues.