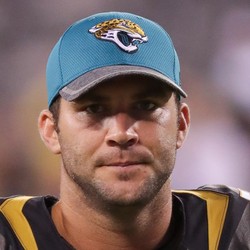 The Rams were in the market for a backup quarterback and they get their guy in Blake Bortles, who recently visited the team. Bortles was released a couple of weeks ago after the Jaguars signed Nick Foles. It appears as if Bortles' days of being a starter in this league are over.

Brendan Tuma - Too Much Tuma45 weeks ago

Deposit $10 at a DFS partner site you have NOT played at and get a FREE 6 Month HOF Subscription!
Claim Offer
Most Accurate Experts
for Blake Bortles
Consensus Rankings
View all Flex Rankings