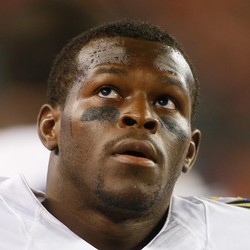 The Indianapolis Colts have signed veteran running back Branden Oliver to join the club's injury-riddled backfield. Presumptive starter Marlon Mack is nursing a hamstring injury, and Robert Turbin is suspended to open the season, leaving the Colts with little veteran depth behind journeyman runner Christine Michael and a pair of rookies in Nyheim Hines and Jordan Wilkins.

Oliver has flashed a solid NFL skill-set but always seemed to find his path blocked by another back. Oliver put up RB30 numbers in 14 games with the Chargers back in 2014 but hasn't played much behind Melvin Gordon. He's way behind Indy's other backs in terms of learning the offense, but Oliver could play his way into mix for the remainder of the preseason, making a cloudy backfield even more difficult to read. For now, he's simply a name to monitor the next three weeks.