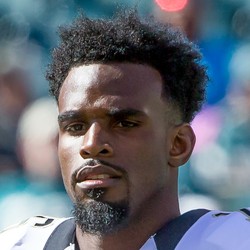 Following three seasons with the Saints -- he's never missed a game -- Coleman opened camp on the PUP list with an undisclosed injury and was ultimately released ahead of the team's preseason Week 1 matchup. However, all may not be lost as Saints HC Sean Payton told reporters that when fully healed, the 26-year-old wideout could potentially return to the team. With Coleman out of the mix, the Saints WR depth chart will begin to take shape. Expect to see Michael Thomas, Cameron Meredith and Ted Ginn featured, with rookie Tre'quan Smith and Michael Floyd rounding out the back-end.