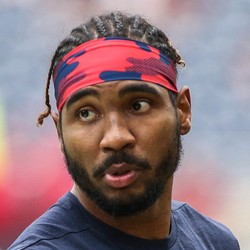 Cleveland Browns wide receiver Braxton Miller caught 3-of-6 targets for 19 yards in his team's 20-16 preseason win over the Lions on Thursday.

That may have been enough to make the team, according to some of the beat writers. General manager John Dorsey also heaped some praise upon Miller during the telecast when he visited the booth. Even if he makes the team, Miller is unlikely to make a fantasy impact.