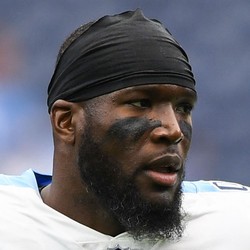 Titans linebacker Brian Orakpo announced Monday that he is retiring from the NFL.

Orakpo missed the last three games of 2018 with an elbow injury, finishing with 28 tackles, 1.5 sacks and one forced fumble in 13 games. Orakpo said in his retirement press conference that he wanted to “walk away from the game on my terms.” He said retirement was something he had been thinking about for some time. Orakpo was selected by the Redskins in the first round of the 2009 draft. He spent six years with Washington signing with the Titans as a free agent in 2015. He was a four-time Pro Bowl selection in 10 seasons. He reached double-digits in sacks three times and finishes his career with a total of 66 sacks. Tennessee’s 2018 second-rounder Harold Landry will likely step into Orakpo’s starting role for the 2019 season.