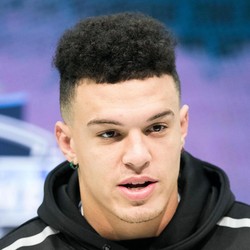 He's the tight end fantasy players will want to watch closely, as he's essentially a receiver-only that'll line up on the perimeter more than he does in-line. He moves extremely well for a guy who's listed at 6-foot-5 and 245 pounds, and runs a full route-tree. If he lands in a spot that runs multiple tight end sets, he's going to be the one who's out running routes.