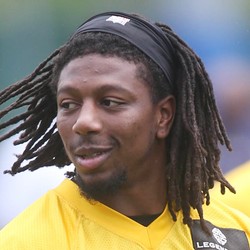 Re-signing linebacker Bud Dupree is a "top priority" for the Steelers this offseason according to the team.

Both the owner and head coach have said this, so it appears that something will likely get done, either a long-term contract or the franchise tag. Dupree was one of the top players on the Steelers' 2019 defense which picked up steam as the season progressed and turned into one of the best units in the league. They figure to be a popular D/ST in 2020 fantasy football drafts.