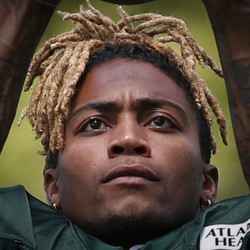 Buster Skrine and the Browns are unlikely to get a contract done before free agency opens this Tuesday.

ESPN's Jeremy Fowler reports the Browns would like Skrine back, but that may not be a possibility at this point. The Browns would need Justin Gilbert to prove he's not a bust in a hurry next season if Skrine ends up elsewhere.