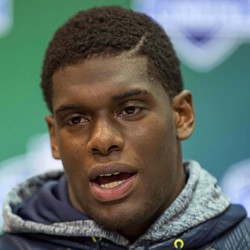 Lawson finishes his season with one sack after recording 8.5 as a rookie. The 2017 fourth-round pick will have surgery on the knee and begin rehab in preparation for a 2019 return.