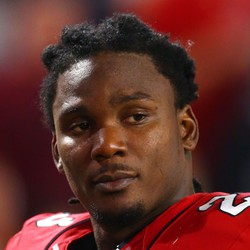 Since Arionza acquired Adrian Peterson from the Saints Tuesday for a conditional draft selection, Johnson's roster spot immediately become in jeopardy. Shorty following the announcement of the Peterson deal, however, the Cardinals officially moved on from Johnson for the second time in 2017. Barring another return to Arizona, Johnson's career could be coming to an end.