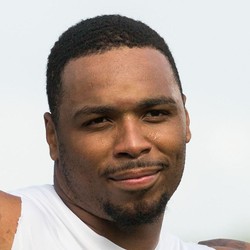 Per his agency, Sportsstars, free agent LB Christian Kirksey has signed a 2-year, $16M deal with the Green Bay Packers.

Kirksey has only played nine games the last two seasons in Cleveland, but with a clean bill of health, he’ll look to get back on track with the Packers, as he’s just signed a two year deal with the team. He’ll be reunited with his former coach and current Packers Defensive Coordinator Mike Pettine.

Deposit $10 at a DFS partner site you have NOT played at and get a FREE 6 Month HOF Subscription!
Claim Offer
Who Should I Draft?
Most Accurate Experts
for Christian Kirksey
Consensus Rankings
View All Rankings
Do Not Sell
Are you looking to contact Customer Support about a subscription or account related question?
Yes
No, I'm a California resident looking for the California Consumer Privacy Act form