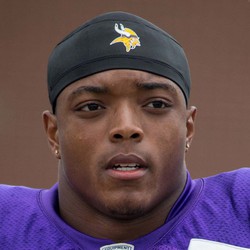 While CJ Ham doesn't personally do much as a fantasy asset, he is the hammer that pounds away for the Vikings' incredible run game. The bruising fullback is a big part of Dalvin Cook's success and Alexander Mattison's upside. Knowing that Ham will be back for the next four years gives every Vikings running back a bump in dynasty and keeper leagues.