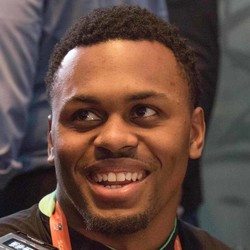 Seattle Seahawks running back C.J. Prosise has undergone successful surgery, and has been placed on injured reserve with a broken arm.

With Prosise and Chris Carson joining Rashaad Penny on injured reserve, rookie Travis Homer, and recently signed Robert Turbin are the Seahawks lone healthy backs. Marshawn Lynch took his physical with the Seahawks and could sign with the team by the end of the night. C.J. Anderson also worked out for the team.