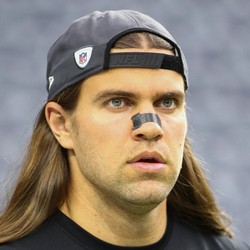 Coby Fleener being released by Saints

Fleener had an uninspiring career with the Saints, with just 72 catches for 926 yards and five touchdowns over 27 games in two seasons. With Fleener gone, Ben Watson should have a prime opportunity to carve out a fantasy-relevant role, though the Saints' reliance on their running game likely limits his value to that of a mediocre TE2 this year.