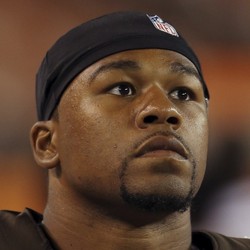 Robertson finished top five in run defense among OLBs, generating a stop on 16.7% of his run defense snaps and was a big part of stopping the Atlanta running game. He finished the contest with ten combined tackles, leading the New Orleans defensive unit.

Craig Robertson rewarded any IDP owners this weekend with his performance on the field. Going into 2018 it will be in question if he'll have a role. Originally at the beginning of the season, he was relegated to a backup role after a strong 2016 season. Any of his fantasy owners may want to use this knowledge to their advantage this coming off-season in dynasty leagues.

Deposit $10 at a DFS partner site you have NOT played at and get a FREE 6 Month HOF Subscription!
Claim Offer
Most Accurate Experts
for Craig Robertson
Consensus Rankings
View all Flex Rankings