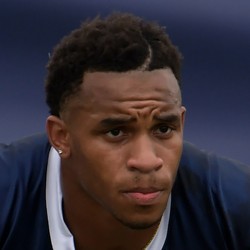 The USA Today is reporting Dallas Cowboys linebacker Damien Wilson was arrested Tuesday on two counts of aggravated assault with a deadly weapon.

Wilson reportedly backed his truck into a woman and "then brandished a rifle" prior to 4th of July festivities in the parking lot at Toyota Stadium in Frisco, Texas, leading to his arrest. Although the third-year linebacker was released after posting a $20,000 bond, Wilson's dispute is not only expected to garner disciplinary action from the NFL, but he could also face severe penalties from the judicial system. Slated to enter 2017 as one of the team's starting LBs, the Cowboys will likely have yet another defensive void to fill as Nolan Carroll, David Irving and Randy Gregory will all miss game action this year due to their respective bans. The Cowboys could pursue the recently reinstated Daryl Washington to fill Wilson's probable void.