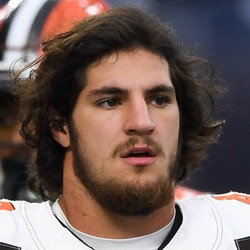 Vitale caught one of two targets for four yards in the Packers' 28-26 win over the Texans in Thursday's preseason opener.

The fullback didn't get a carry but did finish with four yards receiving. He started a total of nine games from 2016-2017 with the Browns and appeared in five contests for the Packers in 2018.