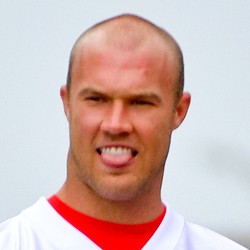 Daniel Sorensen recorded six solo tackles, two assisted tackles, one TFL, and one pass break up in a 35-24 win over the Titans in the AFC Championship game.

Sorenson had a game of ups and downs, lighting up Ryan Tannehill on a scramble, blowing up a screen to Derrick Henry late in the fourth quarter, and also getting beat on a touchdown on the same drive. He'll need to be on his A-game when the Chiefs take on the potent 49ers offense in the Super Bowl.