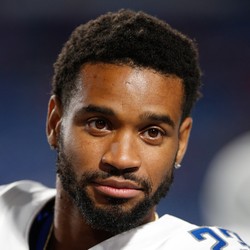 The Philadelphia Eagles and Detroit Lions have agreed to a trade that will send cornerback Darius Slay to the Eagles in exchange for a third- and a fifth-round pick in 2020 NFL Draft, according to reports from Ian Rapoport and Adam Schefter. As part of the deal, the Eagles and Slay have reportedly agreed to a three-year, $50 million contract extension that includes $30 million guaranteed.

The Eagles desperately need help at cornerback and have been trying to acquire Slay from the Lions since last season's trade deadline. The team re-signed Jalen Mills earlier this week but is reportedly moving him into a hybrid safety role. Their other starting cornerback in 2019, Ronald Darby, is currently a free agent. Slay gives the Eagles the number one cornerback they have been searching for after missing out on Byron Jones in free agency after the latter signed a huge deal with the Miami Dolphins.