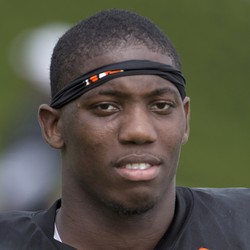 CB Darqueze Dennard and the Jaguars were unable to come to an agreement on final terms on original three-year, $13.5M deal, making him a free agent once again.

Dennard is back on the open market after his representation and the Jaguars couldn’t come to final terms on the contract. After spending six seasons in Cincinnati, Dennard finds himself as a free agent once again. The Jaguars were in desperate need of a corner after trading away both Jalen Ramsey and A.J. Bouye in the last six months, but it looks like Dennard will not being filling in that hole for Jacksonville this season.