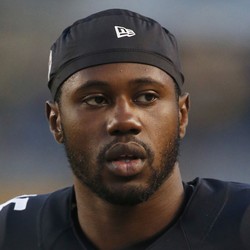 Darrius Heyward-Bey ruled out for Week 10

Pittsburgh Steelers WR Darrius Heyward-Bey (foot) has been ruled out for Week 10.

Heyward-Bey is ruled out for Sunday's contest with Dallas due to a sprained foot that was sustained last week against Baltimore. Despite being named a starting wide receiver before last week's matchup, Heyward-Bey was never considered a fantasy-relevant commodity. With Markus Wheaton ruled out on Sunday as well, Eli Rogers and Sammie Coates are both in line for increased target shares behind Antonio Brown. For fantasy football purposes, Rogers is coming off of a six catch, 103-yard performance last week against Baltimore and is poised to continue his success in the slot versus the Cowboys. Rogers and Coates are both in the WR4/ Flex conversation for Sunday's matchup. However, Rogers is better suited for PPR formats whereas Coates is a boom or bust play in standard scoring leagues.