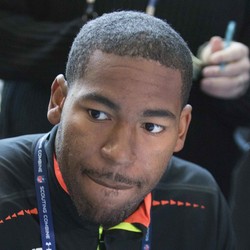 David Cobb has been cut by the Tennessee Titans

One year removed from being the "back" to really own the Tennesse backfield Cobb has been released. With the acquisition of DeMarco Murray and the drafting of Derick Henry, there is not much room left for Cobb. It will be seen whether or not he can catch on with another team but for fantasy purposes Cobb is irrelevant.