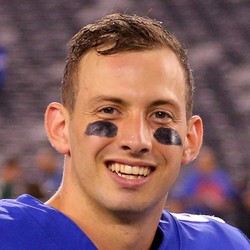 Davis Webb completed 18-of-23 pass attempts for 176 yards and two interceptions in the Jets' preseason win over the Eagles. He also kneeled three times for -6 rushing yards.

Webb figures to be the third man on the depth chart with Luke Falk on the outside when roster cuts hit, but regardless, he has no fantasy appeal. Webb would be operating in a bad offense even if he manages to get playing time. He does not have the talent level of Sam Darnold, who is still not even a Top-12 quarterback this year.