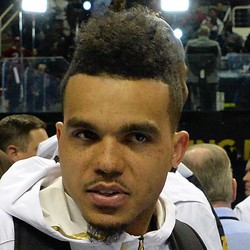 Dean Marlowe was placed on season ending injured reserve with a hamstring injury. In his second season as a UDFA, he played only three snaps on defense. He's mainly a special teams and depth DB.

Carolina lost another depth reserve in the secondary but he only played special teams. He will look to compete again in 2017 on special teams.