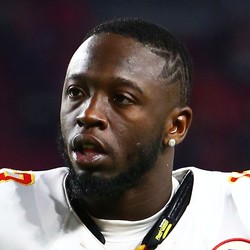 Thomas was a fourth-round pick in 2014 by the Chiefs that has seen time with the team over the years, but his chances have waned in the last two campaigns. He had a catch on two targets so far this season, failing to see much action despite several injuries to Chiefs' wide receivers in the first half of the season.