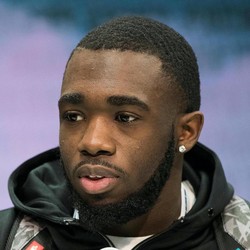 Denzel Mims could lead all rookie WRs in targets in 2020. While I'm not a fan of this offense with Adam Gase calling the shots, Mims has a tremendous opportunity this season. Darnold should look his way early and often, but the scoring upside is simply a huge question mark. Mims is a risky pick, and someone who I still believed had a lot of developing left to do before he hits his ceiling, but there's no denying that he's going to be given every opportunity to succeed with this WR corps.

Mims becomes the second Jets draft pick to sign his rookie contract. He’s slated to become one of Sam Darnold’s top weapons on offense in 2020 and should be a key piece of the Jets future. He’ll join Breshad Perriman on the outside, with Jamison Crowder working in the slot. Mims has more appeal in dynasty leagues than he does in redraft leagues as certainly he’ll need some time and reps to build rapport with his new quarterback.